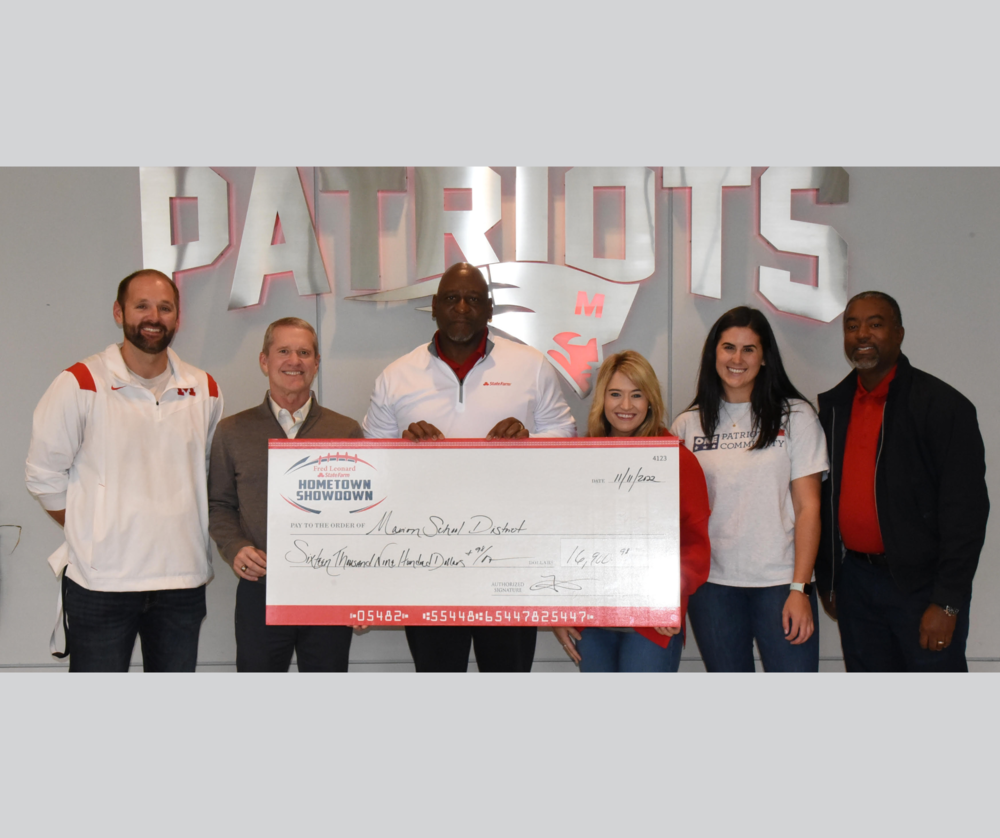 The Fred Leonard State Farm Hometown Showdown is proving itself as the gift that keeps on giving to the Crittenden County community.

Almost a month later, people are still talking about the fun and excitement of the tailgate prior to Marion's 16-12 victory over West Memphis at Premier Bank Stadium on October 14.

On Friday morning, it went up a level, as Leonard presented the Marion School District with a generous check for $16,900, or almost 50 percent of the money raised by the event after expenses.

“This year's event was outstanding,” said Leonard prior to the check presentation Friday morning at Marion High School. “This was the largest one yet, and we couldn't have done it without everyone in the community being so excited about it.”

The Fred Leonard State Farm Hometown Showdown board, which includes Leonard, Tywanna Smith, Grandon Gray, Mike Chesney, Brad Moore, Shelby Moore, Carolyn Mills, and Courtney Woodson, raised money and sold tailgating spots at the tailgating event held October 14 prior to kickoff of the football game. The host school receives 50 percent of the proceeds after expenses, while the visiting school gets 30 percent, and Arkansas State University Mid-South gets the rest.

“We have three pillars that we like to lift up,” said Leonard. “It's education, school spirit, as well as a sense of community. We just can't do all of this without our community, so that's the biggest thing.”

“It was just an amazing event, seeing people from both communities show up and have a good time,” said Marion High School principal, Dr. Mike Skelton. “It's a tough deal because Marion and West Memphis are such rivals on the field, but I thought the event took some of that back because we had everyone pulling in the same direction and enjoying each other's company so that was pretty special.”

Leonard launched the Hometown Showdown in September 2018 at Marion, and the event was so well-received that interest multiplied dramatically for the 2019 Marion-West Memphis football game in West Memphis.

That's when the Covid-19 pandemic caused Leonard and company to cancel the event over the past two years.

“Coming off of Covid, we found that more people wanted to get out and enjoy themselves,” explained Leonard. “The last time we did this (2019) was big and nice and a lot of fun, but then it went away. So I think the interest was raised for that reason, too.”

The 2022 Fred Leonard State Farm Hometown Showdown had more tailgaters, a bigger crowd, and even a live concert by the local PC Band.

“I was excited to be a part of it,” said Skelton. “It far surpassed whatever expectations that I had for this event. I thought it'd be a cool deal to see a lot of folks I hadn't seen in a long, long time, but they all did such a good job planning and putting together attractions that it was even more enjoyable.” 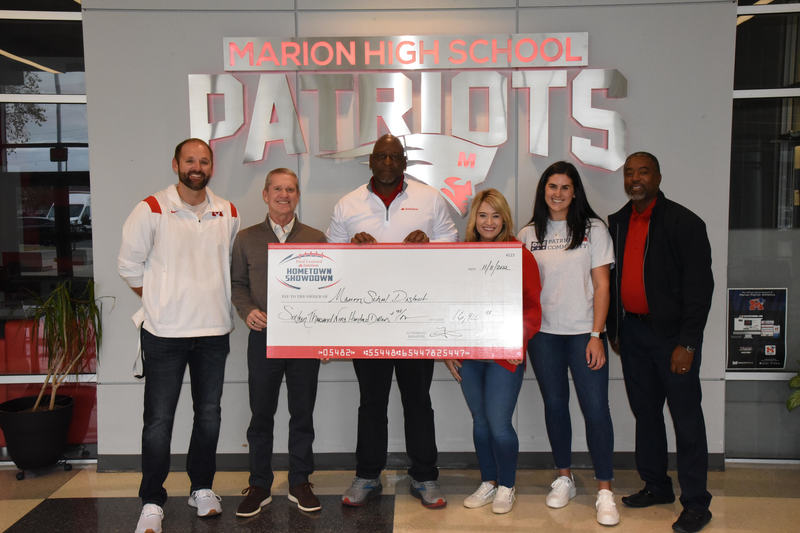